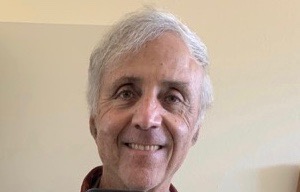 is a Zen teacher and founding director of Deep Streams Zen Institute. A Dharma heir of Robert Aitken Roshi, he also studied with Yamada Koun Roshi of the Sanbo Kyodan with headquarters in Kamakura, Japan. In the early 1980's Joseph lived and studied with Thich Nhat Hanh in Plum Village, where he co-translated Nhat Hanh's Guide to Walking Meditation. Joseph practiced psychotherapy and psychoanalysis for forty years and is the author of Zen and Psychotherapy: Partners in Liberation (2010), with comments by Thich Nhat Hanh, Waking Up from War: A Better Way Home for Veterans and Nations (2015), with a foreword by H.H. the Dalai Lama), and After Midnight: Selected Poems (2016). He is also the founding director of Coming Home Project, a community service of Deep Streams whose mission is Zen practice, interdisciplinary education, and community service. From 2006-2014 Coming Home  served thousands of returning veterans, and their families and caregivers, with integrative, evidence-based retreats and psychological counseling. Joseph teaches widely and lives in Studio City, CA.